The GNRHS is proud to own the first production EMD SD45, former Great Northern SD45 #400 'Hustle Muscle'. It is kept in operating condition and sees occasional use at conventions and special events.

GN 400 was delivered in May 1966 to the Minneapolis Junction Roundhouse in St. Paul, MN and was christened 'Hustle Muscle' by the Great Northern Railway. In 1970, this locomotive became Burlington Northern 6430. In September 1973 '6430' underwent Class One repairs at Livingston, Montana and was repainted in cascade green. At the request of numerous railfans and employees, '6430' retained its 'Hustle Muscle' nickname.

In mid-December 2000, GN 400 made the trip from Duluth to St. Paul. It was on display at the BNSF Northtown Diesel Shop (Minneapolis, MN) and then at the MTM Jackson Street Roundhouse in St. Paul, MN.

In 2006 our big SD45 received a great new paintjob at the Wisconsin & Southern shop in Horicon, Wisconsin.

In late 2019 GN 400 moved back to the Lake Superior Railroad Museum in Duluth, where it runs regularly.

Detailed data on 'Hustle Muscle' can be found in the GN 400 Datasheet courtesy of Ron Erickson, and the SD-45 diagram. 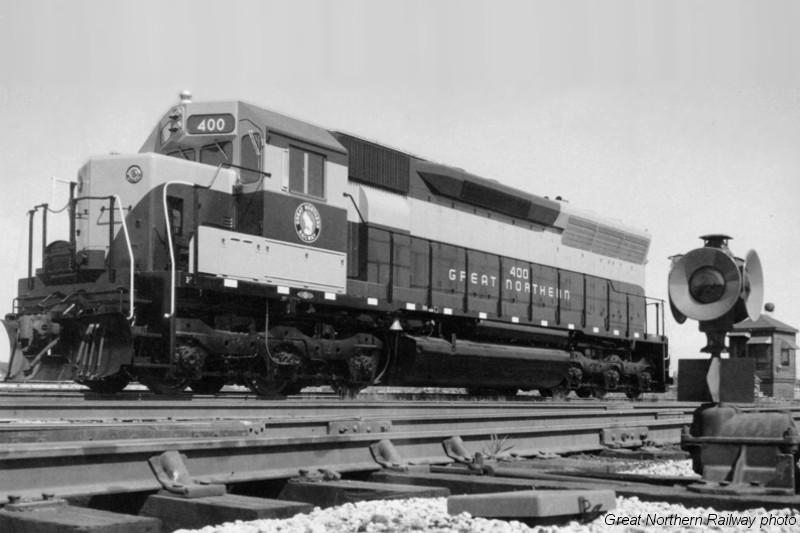 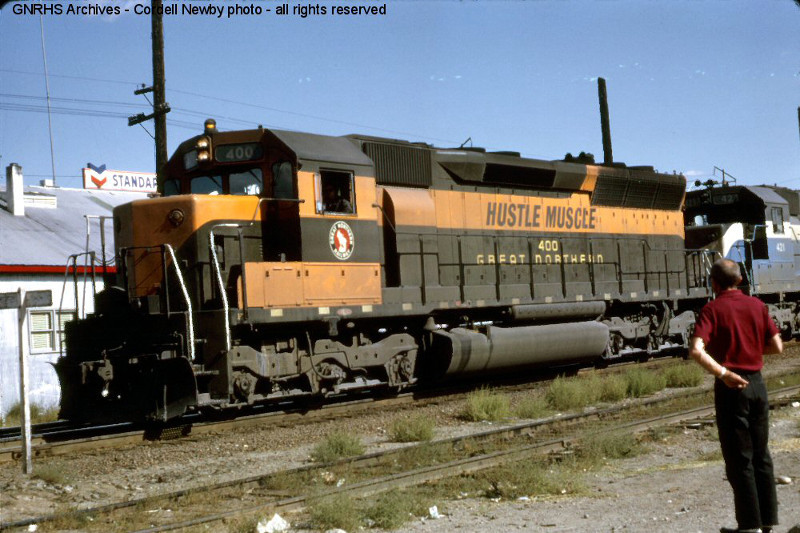 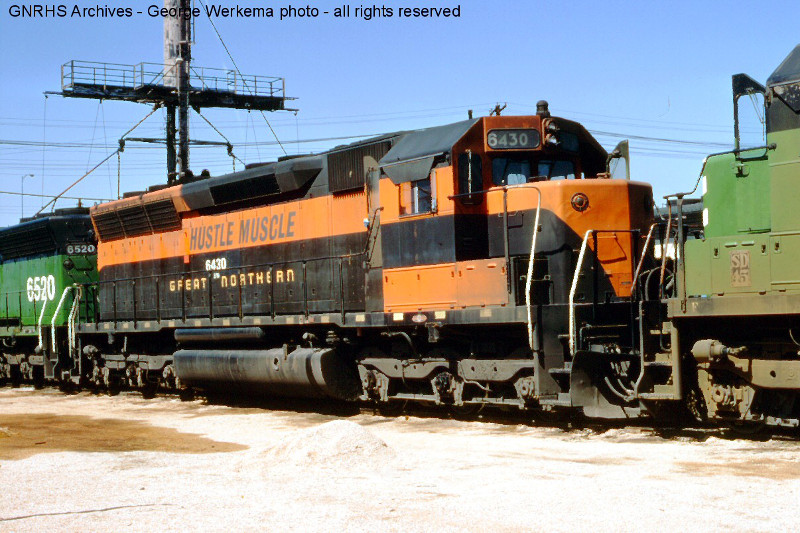 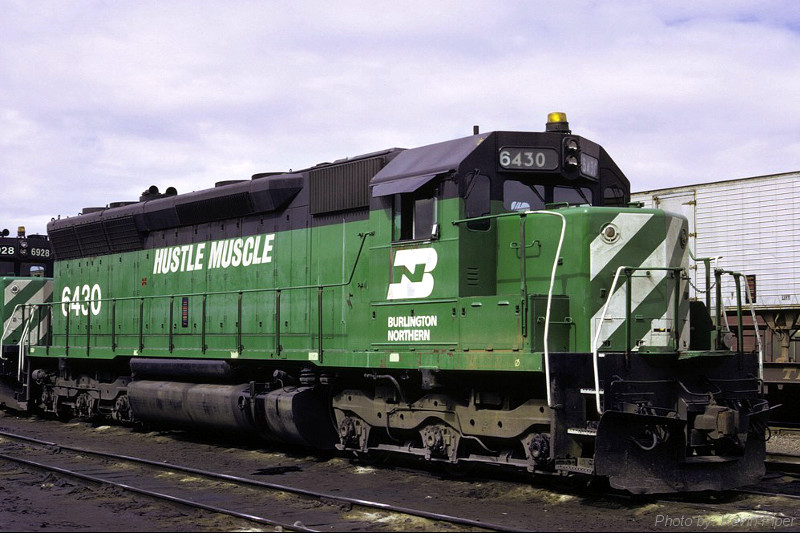 'Hustle Muscle' is on indefinite custodial loan to the Lake Superior Railroad Museum in Duluth, MN. GN 400 is kept in operating condition and utilized on excursions up the north shore of Lake Superior. See the Hustle Muscle in Action page for some of her past appearances. 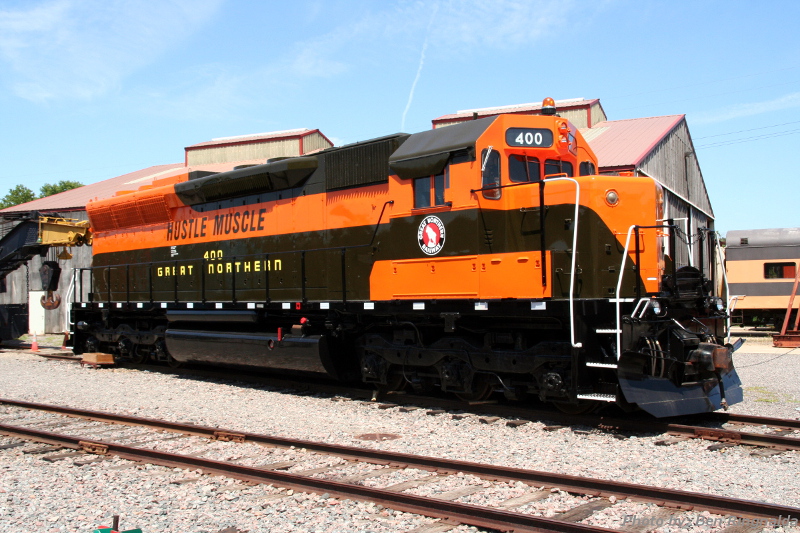 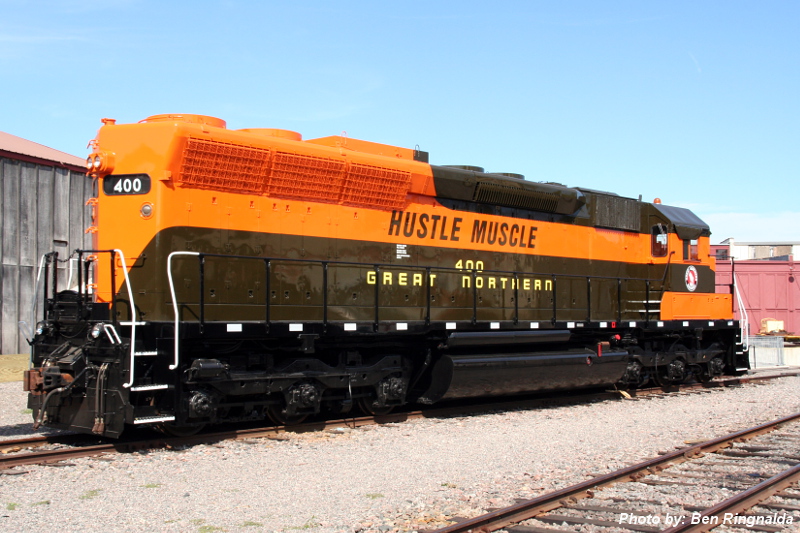 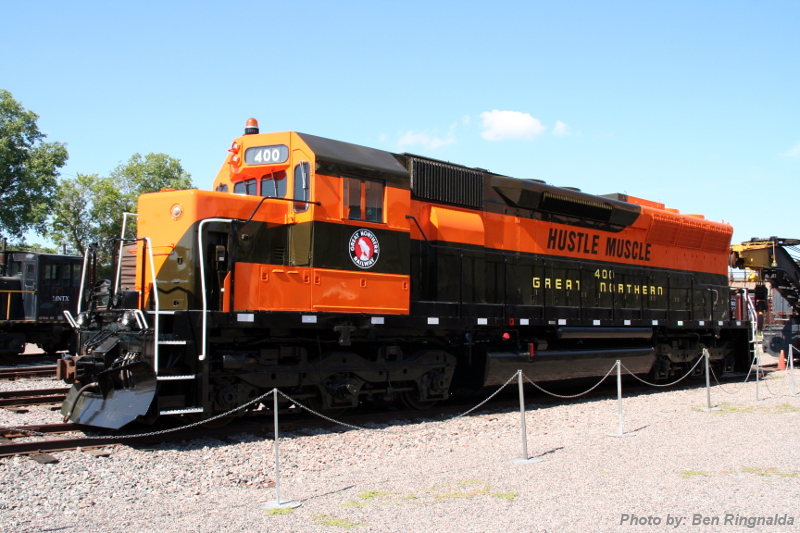 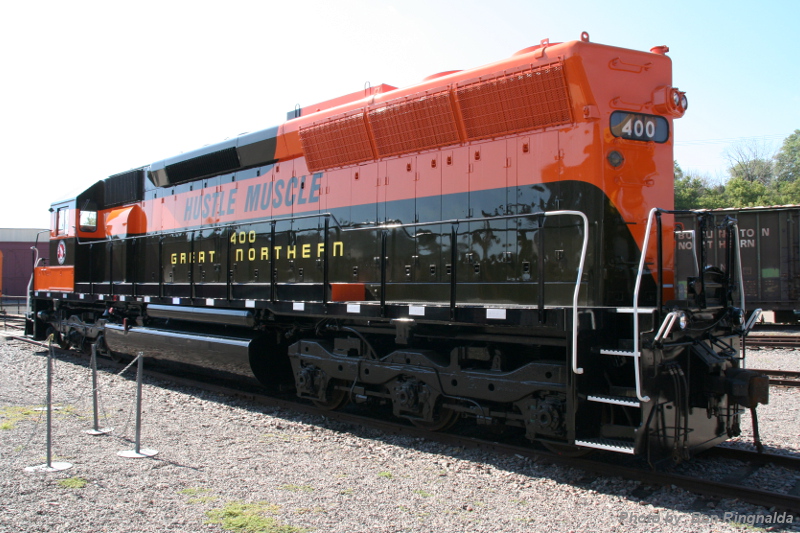 Our Hustle Muscle team is always looking for volunteers to keep Hustle Muscle in pristine condition. If you would like to help out contact our Volunteer Coordinator and state your interest.

Read more about Hustle Muscle and Great Northern's other SD45s in Reference Sheet #122. 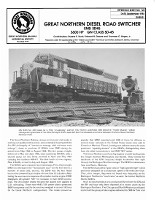